Extreme E is one of the most exciting sports to emerge from a world in crisis. It supports and inspires people and projects to help save our fragile planet.

We shall keep sharing information about the work they are doing around the globe in some of the planet’s most vulnerable and naturally beautiful areas.

These places play a big role in the earth’s ecosystem but are now seriously in danger of causing more and more natural disasters such as flooding, drought, and wildfires.

Extreme E is a radical new off-road racing series, founded by the same visionary behind Formula E. It showcases electric SUVs and futuristic technologies in some of the world’s most remote and challenging environments.

Alejandro Agag, Founder, and CEO of Extreme E tells us, “Of course, Extreme E is a motorsport, but it is also more than that. It symbolises the race for our planet, which we all need to play our part in. My vision is that we will use the power of sport to raise awareness of crucial issues, whilst showcasing the solutions we can all be part of as we promote a less carbon-intensive world.”

Thank you to Extreme E for sharing with Frank an inspirational blog from Christiana Figueres, Former UN Climate Chief and co-founder of Global Optimism, co-presenter of Outrage + Optimism, and co-author of The Future We Choose: The Stubborn Optimist’s Guide to the Climate Crisis. Christiana was on location in Greenland for the last leg of the series.

”In early 2010, I was charged by United Nations Secretary-General, Ban Ki Moon, to lead the UN Climate Convention. Whilst I’d worked in the field of climate change for more than two decades already, I knew this was not the easiest job in the UN system at that time”.

In fact, my appointment followed what was considered a spectacular failure in the multilateral climate negotiations, after the international meeting of governments in December 2009 failed to agree on progress on climate change goals.

I had to face a choice, realising fully that the decision I made would set the trajectory for the work of hundreds of dedicated staff at the UN Framework Convention on Climate Change, thousands of corporate, finance, and civil society leaders and that their work, in turn, could change the course of history. The chances of securing a binding international climate change agreement were considered slim.

Here’s what I decided and why it may matter to you too. I decided that the impossible is not a fact; it’s an attitude.

I realised that I could channel the outrage, fear, and anxiety that dithering on climate change had precipitated in my own outlook, toward a stubborn, gritty, determined optimism, fuelled by the firm belief that we know what to do and we have the tools and technologies we need, unlike the generation before us.

Most importantly, this can-do optimism is an organising principle that brings others into the same worldview – and they in turn bring thousands more along. By December 2015 in Paris, a green gavel fell on a silent conference hall, signalling that 195 sovereign countries had unanimously adopted the Paris Agreement, the first such agreement on tackling climate change. 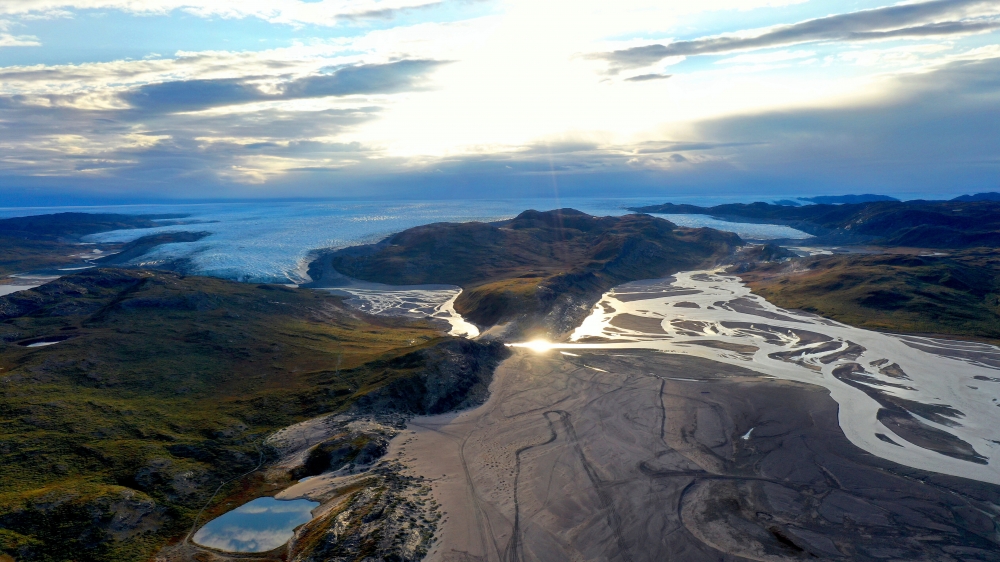 Now we’ve got to get down to the important business of delivering the goals of the Paris Agreement. Whilst governments still matter enormously in this regard, everyone can and must play a part.

We’re reaching irreversible tipping points that will lead to drastic changes in ecosystems with devastating effects for all life on this planet.

Many of us focused on solutions to the climate crisis have worked on the basis that if we keep going in the right direction: away from fossil fuels, away from industrial agriculture, away from mindless consumption and decisively towards clean energy, electrification of transport, regenerative farming and a circular economy we’d be able to pull back from some of the dangers in front of us.

We have not yet matched the exponential curve at which we are seeing climate change impacts mount with equivalent speed and scale in all the solutions we need.

Through my long association with Formula E and now Extreme E, I have been struck by the power of technology and human ingenuity to change accepted norms. And now we stand at a crossroads, where you need to decide if you will play your part in the climate crisis, in the spirit of stubborn optimism.

The transportation sector – responsible for 14 percent of carbon pollution globally, rising to nearly 30 percent in industrialised countries – is at a tipping point. Our passenger vehicles are the bulk of the problem, not only warming our planet, placing toxic fumes in the air around us, poisoning our lungs, and severely damaging our health. Car marques are committing to all-electric line-ups, local governments and national leaders are examining policy frames that will consign the internal combustion engine to the museums.

But it is you – the teams, drivers, and motorsport enthusiasts using your voice to let our leaders know we want them to move faster. The automotive industry is at a tipping point, and so too is society.

When I watch the Extreme E races, I see teams pulling together, each playing a unique and vital role. I can sense the immense strength and endurance each driver draws on to navigate the curves and bumps on the track. And in far-flung special places like Greenland’s rapidly melting glacier, the suspense of the race to a cleaner, brighter, climate secure future feels as close as the finish line.

I hope you will think about what you can do to build a brighter future, better than today’s fossil fuel powered economy, with good jobs in clean industries, where the air is fresh and the water pure, and where we are more equal and healthier too.

So now it’s over to you. You can take part right now by supporting your favourite Extreme E team in the fan challenge! Can we count you in?”

Christiana Figueres, the co-founder of Global Optimism and former UN Climate Chief, was on location in Greenland with Extreme E.

Why Retrofit is the way forward