Attachment theory was first developed in the 1950s by British Psychologist, John Bowlby. His mission was to understand how the initial relationships established in infancy and childhood would impact the way that people would form personal attachments in later life.

I looked down at the bouquet of flowers my boyfriend had sent to my house and smiled. I found a vase, delicately pulled away the pretty patterned paper, trimmed the stems and placed them on the windowsill in my bedroom. They really are beautiful, I thought. Though, as I continued to stare at them, I was consumed by a sense of guilt. His actions were so thoughtful and sweet, why did I feel so smothered by them – resentful even?

We broke up shortly after, my doing.

I knew his love was so good for me but the closer he tried to get, the further in I would retreat. I thought there must be something wrong with me, an inability to accept affection from those who were willing to show it to me.

It wasn’t until a few months later, during a conversation with a friend about a book she had just finished on attachment styles (Attached, by Amir Levine and Rachel Heller), that I realised I wasn’t alone.

I went to my laptop and began my research, starting with a standard ‘find out your attachment style!’ quiz, which confirmed my suspicions – I was an avoidant. I immediately felt disheartened. Did this mean that I would never be able to love someone properly? I needed to find out more. What were attachment styles? What did they mean? How does one learn to build healthy relationships with an avoidant attachment style?

Attachment theory was first developed in the 1950s by British Psychologist, John Bowlby. His mission was to understand how the initial relationships established in infancy and childhood would impact the way that people would form personal attachments in later life.

His research revealed four main attachment styles: ambivalent, avoidant, secure and disorganised. Each of them characterised by different behaviours. For example, a child who has developed an Ambivalent attachment style may exhibit signs of intense distress when the separated from a parent or primary caregiver (Kendra Cherry, verywellmind.com). While children with avoidant attachment styles tend to feel uncomfortable with affection and ‘physical closeness’ (Grow by WebMD).

By Bowlby’s definition, an avoidant attachment style is developed when a child doesn’t have their emotional needs met by their caregiver/s (Anna Smith, Medical News Today). I thought back to my own childhood – surely this wasn’t the case?

I grew up in in a happy, warm home with my parents. As an only child, I was never short of attention. I have hundreds of pictures of myself as a baby, asleep on my dad’s stomach, holding hands with my mother. I was lucky, my childhood didn’t mirror the pattern of neglect that was so common in case studies of children with avoidant attachment styles.

My parents were always incredibly nurturing, ensuring that my emotional and physical needs were met. I could remember one or two scenarios where I’d run to my mother crying after being scratched by our cat, only to be met by her annoyance that I had bothered our pet as she tried to sleep.

Pouring through the memories I had of growing up, I found nothing, no significant traumatic event, no sustained issue of neglect or even a parent with a frosty disposition. There was seemingly no reason behind my issues with affection.

There had to be an alternative reason, perhaps this had developed differently or at a later stage in my life. I have struggled with anxiety for as long as I can remember, dealing with panic attacks from around the age of seven. I thought about how difficult it would have been to raise a child with such a complex relationship with stress and fear, how emotionally taxing it would have been. Every year without fail at parents’ evening, my mother and father would have to listen to my teacher telling them what a ‘sensitive’ daughter they had. Perhaps the development of my difficult attachment style had its origins in my own mental health, rather than my style of upbringing.

The issue with anxiety is that most of the time the fear is completely irrational. As a child I was afraid of everything. Grass, carwashes, school, needles, clowns, riding a bike. You name it, I was frightened of it. Perhaps it was the demanding nature of my anxious disposition, which meant that I often felt that my emotional needs had gone unmet. There’s only so many times you can console your child over their fear of grass. I can’t really blame my parents for eventually reaching the end of their pandering-fuse. I can recall their response to my fear becoming more matter of fact as I continued to spiral into one anxious hole after the other. While in hindsight this is a completely understandable reaction, it may have translated as uncaring to my neurotic seven-year-old selfMy first ever real romantic relationship was with a boy I met in my English class when we were 14. I was smitten, we both were.

The relationship lasted for five years until we were about to enter our twenties. We’ve remained good friends but reflecting on the time we spent together, our bond was far from healthy. Despite my avoidant tendencies I was actually quite a loving girlfriend. However, my affections were often shot down. I was told I said ‘I love you’ too often, that I shouldn’t expect compliments from him and I think in the entire five years we spent together I could count on my hands the number of times he called me pretty.

This being my first relationship, and having it backdrop some of the most important developmental years of my life, it’s safe to say it has had a lasting impact on my outlook on romantic relationships. My avoidant attachment style has become somewhat of a defence mechanism. I push people away because I’m afraid of letting them in, afraid that my love isn’t good enough, that it will be rebuffed the way it has been before.

I enjoy dating, I love talking to new people, the light feeling in your stomach just before you meet someone for the first time. I love the excitement of a crush. I often sit with myself at night and wonder whether I actually am content being alone. Then I see my friends with their partners and pine for the feeling of being someone’s favourite person.

So once again, I’ll put myself out there, meet someone and the cycle of self-sabotage begins again. At the beginning of a new relationship, everything’s fine, great even. The weeks will roll past and I’ll start to get comfortable, wonder if I’ve actually finally met the person that can bypass the avoidant repelling force.

Then… BOOM, it hits. Suddenly everything the other person does becomes incredibly irritating. I reach out for affection or validation, thinking that that’s what I need but it just makes me retreat further and further into myself. The need to have someone else constantly involved in your life becomes a chore, I stop texting back, I distance myself. The idea that someone actually knows me becomes too much to bear and I have to start making moves that will prove to them that I’m not as predictable as they think I am and that no one knows me better than I know myself.

If the relationship starts to encroach on my personal time or impede my sense of independence, I feel trapped. I start to wonder how married couples do it. I feel so smothered I could scream, and I run away. I break off the relationship with some explanation about how I feel I’m not in the right place for something so intense and I leave, thus concluding the cycle of avoidant attachment.

I realise that this may be disheartening for anyone reading this who either knows they have an avoidant attachment style or suspects that they have one. There is no reason for me to sugar coat it, it is difficult, it’s the result of an emotional starvation. However, my fellow avoidants, hope is all but lost. It’s unlikely that you can completely ‘change’ your attachment style, but there are a number of ways that you can work on building healthier relationships both within yourself and with others.

Like all injuries, emotional wounds need time and nurture to heal. Personally, I have found that delving into your past, pinpointing stages where you feel that an avoidant nature could have developed has been an extremely healing practice.

Not only has it urged me to reflect on unpleasant memories from a healed standpoint, but it has allowed me to rationalise my feelings and understand that the way I am feeling isn’t a result of emotional immaturity, but the result of past experiences.

Thais Gibson, from The Personal Development School, states that in order for people with avoidant attachment to ‘heal’, they must learn how to effectively communicate their feelings with their partner, learning to be comfortable with vulnerability. In order to properly communicate one’s emotions, it’s important to first properly identify, understand and respect them. To achieve this, practices such as mindfulness and meditation can be useful. Journaling also provides a time of day where you can sit, give yourself permission to feel whatever it is you need to, and allow time to understand and write these feelings down.

An avoidant attachment disorder isn’t a life sentence, it doesn’t make you unlovable and it most certainly doesn’t make you any less deserving of love. Through introspection and self-healing, it is more than possible to overcome the fears associated with vulnerability and eventually, let yourself be loved. 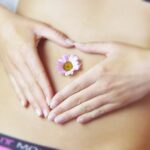 How to Fuel Your Incredible Pregnant Body

Laughter Qigong – Why A Giggle is Good For Us