Since ancient times roses have been grown for their fragrance, beauty, and healing properties. Roses, with their unique combination of thorny stems and fragrant blossoms, are often seen as a symbol of achievement, completion and perfection. And of course, they are very closely associated with love. We delve into the mystery of this complex flower.

The rose comes from the genus Rosa, in the family Rosaceae. There are over three hundred species of roses and tens of thousands of cultivars (cultivated or hybrid roses). Most species are native to Asia, with fewer being native to North America and fewer still being native to Europe and northwest Africa. All roses are considered shrubs. Petals can be eaten and can be used in salads or desserts.

Many ancient cultures revered roses. In Greek Mythology, Chloris, the goddess of flowers, created the rose. She stumbled upon a lifeless nymph while walking through the woods one day. Saddened by its death, she turned it into a flower so beautiful that all the gods would consider it the Queen of Flowers. Indeed, Aphrodite, the goddess of love, was so struck by its beauty that she named it ‘rose’ in honour of her son, Eros. (Rose is an anagram of Eros.)

Another story is that roses originated when Aphrodite ran to her wounded lover, Adonis. One day while he was hunting, Adonis came across Ares, one of Aphrodite’s past lovers, who was disguised as a wild boar. Ares attacked Adonis and when Aphrodite heard his screams, she ran into the forest and found him dying. The blood that ran from his wounds hit the ground and turned into roses. In another version she cut her feet on the thorns of the flowers, staining them red. 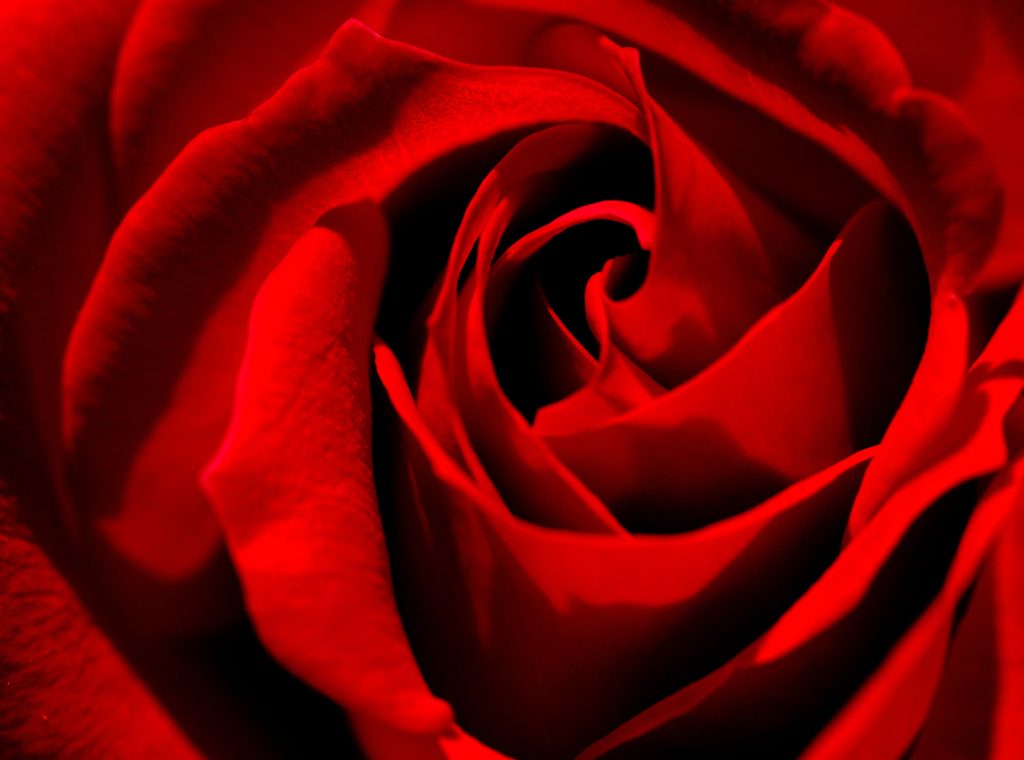 The ancient Egyptians associated roses with the goddess Isis. Not only was she a love goddess, but she also helped the dead enter the afterlife. As the rose blooms, dies, and then blooms again, for the Egyptians it symbolized the cycle of birth, death, and rebirth to the afterlife. The Egyptians included its petals in tombs and even during the mummification process.

The Native Americans were familiar with wild roses, which some tribes viewed as sacred, protective flowers.

They believed that wild roses protected the living from harmful spirits. They also believed roses kept people healthy. Hence, they would put wild roses around babies’ beds to protect them. In addition, they stitched rose motifs in clothing, blankets, and artwork. The Native Americans also used wild roses, including rose hips, in food and medicine.

The ancient Romans also fell in love with roses. For them, the rose symbolised beauty, passion, and secrecy. They were fond of rose water baths and they used rose petals for confetti.

The rose is closely associated with love and romance. Several ancient cultures associated roses with their love goddesses. For the Greeks, roses symbolised Aphrodite, for the Egyptians it was Isis. Christians associate roses with the Virgin Mary (hence rosary beads) and also with Mary Magdalene and Sophia, the Divine Feminine.

As well as love, it is also a symbol of silence or secrecy. This goes back to the ancient Egyptians or Greeks, when initiates into the “mysteries,” or pre-Christian religions, wore roses during ceremonies to indicate that they would keep secrets that were passed on to them. In many countries it was customary to hang a rose over secret meetings—hence the term sub-rosa (literally “under the rose”) to mean confidential.

The Sufi philosopher and teacher Hazrat Inayat Khan compared the rose to the soul. He said that a rose blooming from a bud to a fully formed flower is like the soul opening up to God.

The soul becomes like a rose and begins to show the rose quality. Just as the rose consists of many petals held together, so the person who attains to the unfoldment of the soul begins to show many different qualities. These qualities emit fragrance in the form of a spiritual personality.

Roses come in many colours and each has a precise meaning.

Because of their intense, sweet fragrance, roses are commonly used in perfume and beauty products. Rosewater has anti-inflammatory properties that can help soothe irritation. It also includes antioxidants and can hydrate your skin. Rosehips, the fruit of roses, are also beneficial, as they contain high amounts of Vitamin C.

Rose Essential Oil is also highly prized and with good reason. As well as smelling divine, it has wonderful healing properties. It is used in treating scars and other skin imperfections and can soothe the nervous system.

Research has found that rose oil stimulates the release of the chemical dopamine in the brain.

Rose oil can also help pain relief. In a 2015 study, postoperative children inhaled either almond oil or rose oil. The patients in the group that inhaled it reported a significant decrease in their pain levels. Researchers think the oil may have stimulated the brain to release endorphins.

Returning to the love theme, rose oil is also a natural aphrodisiac and can increase sexual desire and satisfaction in men and women.

With all these magical properties, no wonder smelling a rose makes us feel so good.

The Ministry of Eco Education – Climate Change in the Classroom

Nutrition and the Perimenopause