Kate Bryan is an arts broadcaster, writer, mentor and curator. She is Head of Collections for Soho House and Co globally and a Judge on the Sky Arts series Portrait Artist of the Year and Landscape Artist of the Year. Her second book, Bright Stars: Great Artists Who Died Too Young, is published by Frances Lincoln on 28 September 2021.

Why did I want to spend a couple of years of my life thinking about artists that died young? Death is not a subject any of us want to dwell on, and yet its quiet inevitability unites every soul that has come into being.

I was motivated to write Bright Stars by discovering that so many of my favourite artists had so little time in which to create their work and yet their legacies shine bright decades or even centuries later. Amadeo Modigliani’s enigmatic nudes with elongated necks and mask-like faces break world records at auction, yet he painted for just six years. Today Ana Mendieta is a feminist pioneer, creating totemic works that speak of a kind of divine feminine spirit and her career was all of seven years. An icon of the downtown New York scene and one of the world’s most popular artists, Jean-Michel Basquiat was painting for just 11 years. Vincent Van Gogh’s fame is in a whole other league. This is despite the fact that he didn’t start his career until his was in his late twenties and had just one decade as an artist before he took his own life aged 37.

In total I considered 30 artists across 500 years of art history. Unlike their peers they did not have decades to hone their craft, build a reputation and consciously secure a place in the canon of art history. I was desperately curious to know if there was something in their early deaths that helped secure their legacy and propelled them to greatness. Had they become martyrs of art history, frozen in time as young, creative and forceful creatives akin to Jimi Hendrix, Jim Morrison, James Dean or Janis Joplin?

What troubled me about this was the idealisation of artists somehow as reckless or tragic beings, who were only cultural stars because of their death. For artists who are perceived to have lived fast and died young it seemed that there was an assumption that they hadn’t cared for their talent, or rather their talent somehow made them nihilistic.

Nihilism can be attractive in others and has helped secure many a rock star’s place in cultural history. So, was this a commercially motivated myth designed to prop up their place in art history? Or are we missing something more vital that could help explain why these artists remain so influential and beloved?

In writing the book what I discovered was a myriad of poignant stories and largely misunderstood artists whose untimely deaths had come to overshadow the nuances of their practice. I divided it into five themes to help navigate their stories through common ground. The first theme deals with the twisted romance of dying young, the artists who burned bright and fast like Basquiat, Caravaggio and Dash Snow. The second is the artists who have come to be defined or understood through the prism of the death. For artists like Van Gogh, Modigliani, Raphael, Ana Mendietta and Francesca Woodman I have tried to untangle mythologies so that we might better understand and be sensitive to each artist’s career.

Next are the pioneers, the artists who made work far ahead of their time such as Yves Klein, Egon Schiele, Johannes Vermeer, Amrita Sher Gil and Paula Modersohn Becker. They may have died before they were fully understood and often their work perfectly encapsulates our current concerns and they fit beautifully into today’s cultural landscape.

Then we have those artists that were battling in their lifetime: whether with illness like Aubrey Beardsley and Henri de Toulouse Lautrec, real conflict such as Umberto Boccioni in the first world war, and also artists who found salvation and peace in their art making like Charlotte Salomon, who was murdered by the Nazis at Auschwitz.

Finally, there are the unfinished stories, the artists who are still securing a permanent legacy, either because they passed away recently like Khadija Saye who died in the murderous Grenfell fire, or Bartholomew Beal, a very fine young artist I knew personally who died of a brain tumour while I was writing. I hope the book might in some small way help to contribute to the strengthening and continuation of their artistic legacy.

Bright Stars considers a group of artists who died too soon, but that does not dwell on death. It is not morbid but celebratory. There is a romance to leaving artwork behind to speak for creator, a refutation of the finality of death, a celebration of the enduring quality of art over the failings of the human body. It is a kind of afterlife sentiment borrowed from religion that we all share. Keith Haring said, shortly before his death of AIDS related complications, that his practice was a “kind of quest for immortality. Because you’re making these things that you know have a different kind of life. They don’t depend on breathing, so they’ll last longer than any of us will. Which is sort of an interesting idea, that it’s sort of extending your life to some degree.” I found it to be a great comfort as I engaged with these artists and impossible to resist the narrative that true artists never die. 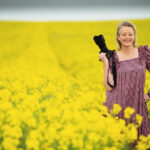 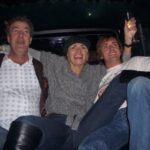 Behind the scenes of Top Gear Live

Catalin Badarau: Nice to meat you