Fashion designer and multimedia artist Debbie Wingham is known as the Queen of the ‘World’s Most Expensive’, having created the world’s priciest shoes (a cool $15 million) diamond dress, ($50 million) and her famous $75 million Runway Cake! However, there is so much more to Debbie than diamonds. Frank found out all about her ‘rags to riches’ story, her passion for upcycling and her latest exhibition, We’ve All Got Baggage, that tackles the stigma of mental illness.

‘Diamond Debbie’ Wingham is a couturier and international artist with a Hollywood client list and 600,000 Instagram followers, who love her inspiring and glamorous life. It’s a title hard won, though. A coal miner’s daughter brought up on a council estate in South Yorkshire, she left school with few qualifications, due to her dyslexia. “When asked what I wanted to be when I was older, ‘the world’s most expensive artist’ didn’t really spring to mind!” she says drily.

“I thrived in needle work and art but the rest weren’t up to much. But I always had drive and an incredible work ethic. I knew I was going to move to London and take over the fashion world. How I would do that I had no clue, but I never have been into the word ‘no’. It just doesn’t enter my vocabulary!”

She had no means to fund her own fashion business or barely even buy fabric, let alone move to London, but that didn’t stop her and the gutsy teenager moved to the capital the moment she turned 18.

Standing at six feet, Debbie followed the path of many tall young women in the early 2000s and turned to promotional work. A typical day would see her work as a Mercedes model by day and a Dunhill girl by night. In between shifts she did a whole lot of sewing and not much else.

“I prioritised fabric shopping over food and lived on champagne and canapes from all the fabulous events I was invited to, almost like a socialite but minus the trust fund! They were a great way to network and also get fed and watered,” she says.

The work, though gruelling, enabled her to buy fabrics and soon she was trading at London markets before opening a third-floor store on King’s Road. Debbie soon realised she had a flair for couture gowns, after a fashion critic admired her first frock. Her signature style was ethereal, graceful, and timeless gowns, designed to look great today, tomorrow, and in ten years’ time.

My ethos has always been seasonless fashion, not disposable fashion.

Her days involved a lot of heartache and door after door closing in her face. Much of the rejection derived from the snobbery in the industry.

“People would say things like, ‘your work shows potential but your accent doesn’t belong in Haute Couture’ referencing my Yorkshire accent.”

“One particular fashion editor told me I was going nowhere fast the minute I opened my mouth. Some years later this same editor asked to wear one of my dresses to a red-carpet event. I replied, ‘but darling, you don’t want to wear a frock made by someone from Yorkshire do ya?’”

Debbie moved to LA and started to gain celebrity attention, not least through a collaboration with Van Clef & Arpels, who loaned a quarter of a million dollars’ worth of jewels for a fashion show at the highbrow Chateau Marmot. It was also around this time that Wingham began working in salvaged fabric. She scoured thrift stores and revamped vintage clothes, something she still does today.

Although her show garnered her a lot of publicity, the sales didn’t follow and she lived off tinned food, often having to choose between buying fabric or paying the rent. On a trip to the UK to rethink her life she met her now husband Damian. They settled down and she had a daughter, a younger sister for his two girls. This stability, coupled with a new clarity that motherhood brought, led to her lightbulb moment ten years ago – to design the world’s most expensive frock – the Black Diamond Dress.

“It was as if I’d been sat in a dark room, then all of a sudden someone turns on the light.”

Again, it didn’t come easy. It took a whole year to find a company that would loan her the diamonds. “Then I had to get round the security side of a creation like this. It was extremely time consuming, not to mention scary”.

The World’s Most Expensive Dress was a huge success and soon went viral. Clients started commissioning designs and she created a series of ‘World’s Most Expensives’ including the ultimate upcycle project, a £5 million bag made from reworked gold, a ‘last season’ Hermès scarf and over a £1millon of refashioned diamonds!

Her cakes, including the $1 million wedding cake, are legendary and she has designed them for celebrities such as Kim Kardashian, Drake, and Justin Bieber.

Having swapped fabric for fondant, Debbie, now based in Spain, took another creative direction in 2020 when the Covid pandemic hit.

Like most people during the lockdown, she was looking for a way to fill her time. She also found herself feeling depressed. She took up painting, something she hadn’t done since her Yorkshire school days. She discovered she had a flair for it, painting in oil with barely a brush stroke in sight. In the midst of her painting revelation, she ran out of canvas and couldn’t get a swift delivery to the remote area where she lives. Always the innovator, she looked for alternative options.

“I found paper bags and they became my canvas,” she explains. “I began to paint celebrity portraits, just at random at first until I had finished a series and I released that all these icons had something in common: they were all celebrities that have had open battles with mental wellbeing, learning disabilities, or that have endured true hardships in their lives.”

Being Debbie, she decided to build a whole project from this, culminating in August with her first art show entitled ‘Everyone Has Baggage’. As well as the paper bag portraits, she created stunning sculptures inspired by Hermès’ famous Birkin bags.

“I used the Birkin bag because it’s the most exclusive bag in the world but it’s also notoriously difficult to open and close, so it’s the perfect reference for keeping emotional baggage firmly shut away,” she explains.

All made in recycled metal or reclaimed wood, each Birkin bag sculpture references a different state of mind. One giant brick bag has the silhouette of a woman trying to blow a hole through it with a bazooka. Another features a Louis Vuitton hair dryer directed at a melting bag and is titled ‘Melting Point’. There is a wooden bag struck with an axe and the final work of the series is a fully open Birkin bag in a sky print, symbolising freedom, featuring a lavish flower bouquet that embodies liberty.

“The sculptures and paintings all address the issue of emotional baggage in an ironic sense, bringing a positive take to mental wellness, inner strength and our ability to overcome situations.”

Raising funds for mental health played a big part in the show’s purpose. Debbie is donating the paper bag portrait range to the celebrities or their estates including Jane Fonda, Kylie Jenner, Alexander McQueen, Nicky Minaj, and Princess Diana. A number of these celebrities have already agreed to auction them and donate the proceeds to their chosen mental health charity.

Debbie has extraordinary grit and the ability to turn an idea into a reality. What is her secret to success?

“If I can do it, then anyone can,” she insists. “With a lot of hard work, a tonne of self-belief and a fire in your belly every day, then you’ll get there.”

Advice that’s worth its weight in gold – and diamonds!

For more about Debbie go to www. https://www.winghams.com 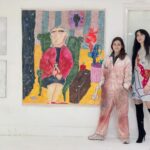 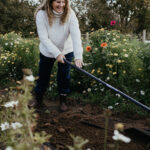 How Can Natural Nootropics Help Your Brain?

Catalin Badarau: Nice to meat you