I have to say, like many true petrol heads, I have not been a huge fan of Hyundai. My last experience was back in the late ‘90s when I was struggling financially. My grandad offered me his nearly new one that he was no longer allowed to terrify the neighbourhood with – kerb mounting, bollard hitting, light jumping, just driving!

Thank the Lord DVLA took his licence away and I was thankful he withdrew his offer and decided he wanted “top dollar” from his local friendly dealer. I was in my late twenties then and could not cope with the lack of street cred driving around in a Hyundai.

My feelings towards street cred, as with most of us as we grow older and wiser, have moved on and I found myself being as excited as a kid at Christmas when this futuristic vision arrived.

It’s a far cry from the Hyundai of the ‘90s, even though this latest design is actually based on the Pony, a ‘70s classic designed by an Italian. Whatever the history, the Hyundai IONIQ5 is looking like our future and proving to be very popular indeed.

First impressions: It reminded me of Kit, Knight Rider’s car (the ‘80s, crimefighting, artificially intelligent supercar) because of the spaceship style lights which appeared to run across the width of the car and at any minute might light up and talk in sync, just like Kit did to the young David Hasselhoff.

The unique geometric design of both body and wheels, set off by two-tone pearlescent paint, was captivating. My son and I couldn’t wait to go for a spin.

We were not disappointed inside either. The airline-style seats were incredibly comfortable and though we didn’t get to experience roadside charging, I could feel they would be a great asset to lie back and fully relax, feet up and all! (When not driving you can lie right back and a footrest pops up too!)

The extensive dash display, formed by what looked like two elongated iPads on their side, put an even bigger smile on my boy’s face. I, on the other hand, felt a little overwhelmed by the expanse of technology before me.

Not one to be daunted, once I felt confident that this extra-terrestrial being had enough charge we set off and not with a big roar. I thought I would find the lack of combustion engine noise disappointing and unnerving – it was neither.

Despite it obviously being far quieter than my dirty, diesel-gurgling Range Rover there is some reassuring road noise to remind you that you are in charge of a powerful machine that could kill.

As a huge animal lover, I have had concerns that these all-electric beasts will add to the already huge roadkill numbers as creatures great and small would have no warning of this stealth-like destroyer creeping along the roads that ‘trespass’ their territory. Let alone an innocent rambler who may step out to avoid a puddle with no idea the equivalent weight of a small elephant is sneaking up behind them.

You never want to be close behind me, especially on country lanes, because I will brake and/or swerve to avoid anything feathered or furry. I have always proclaimed that all the wild beasts were here first and they have right of way.

In the very quiet Hyundai IONIQ5, I found myself driving slower than usual around the country lanes, just in case an unsuspecting squirrel had not heard or felt our presence. After all, isn’t this push to go electric all about respecting everything that marvellous Mother Nature delivers? 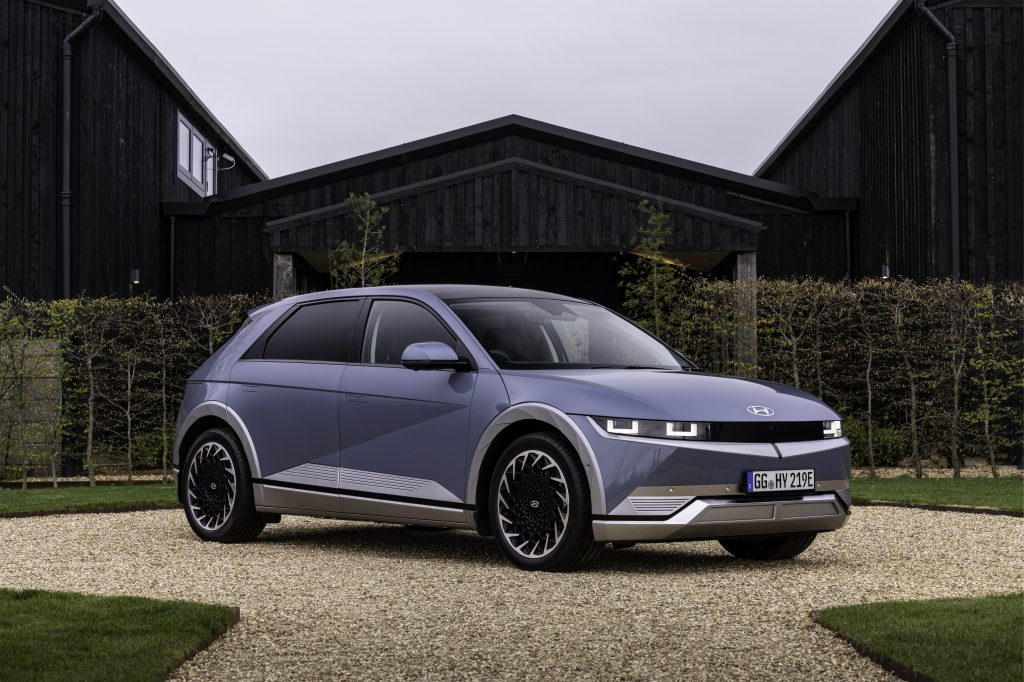 Once we hit the motorway there was no lack of power. As we only had the weekend and were not venturing far, I was not afraid to use it. I’d feel different if I was to dare a long-distance adventure and would have been more mindful of conserving battery life, even though the model I had reportedly lasted for 300 miles.

However, you need to be aware that battery life and range can be affected by so many things: your heaters, music, iPhone charging, driving style and so on. I guess it’s something you get more confident with as you get to know the car, in the same way, you know just how far your petrol car will go even after your final warning for low fuel comes up on the dash.

It’s quite a big transition from the traditional combustion engine to fully electric. It reminds me of when you got your first fully mobile phone without 3G, 4G, 5G, and Wi-Fi. It was hard to believe that a small device with no wire at all was going to connect you in that moment of need and that you didn’t have to shout to be heard, let alone worry if the battery was going to last.

As with the advancement of our ‘can’t-live-without’ phones, more and more ultra-rapid chargers will be available, which are only supposed to take 18 minutes to provide 80% charge or give you 100km driving in five minutes. Unlike if you plug in at home, as I did overnight (16hrs in total), it still wasn’t fully charged. If I were to go fully electric, I’d invest in a proper home charging system.

To explain the charging further, Hyundai IONIQ5 supplies you with a plug and lead suitable for a three-pin plug and chargers for points at service stations. Powering up, as I did, using a household plug, takes a lot longer. Hyundai IONIQ5 can supply and install a more powerful charging point (a box fitted on an external wall or in your garage) for £300.00, which works much faster.

I did have concerns about all these cables, plugs and sockets but just as when you upgrade your phone it soon becomes apparent that they all stow away neatly. That is if you can be bothered to do so. I handed the car back with them all in a muddle in the boot – and that is how I’d probably live with them! 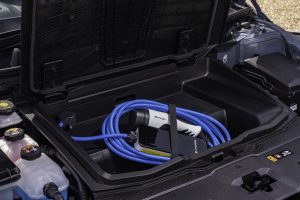 Encouragingly, the cost of charging overnight was just over £7, which is not to be sniffed at, despite my concerns of late-night tripping over the cable and electrocuting myself in the rain. (I have since spoken to Robin at Hyundai and he explained the safety system in place to guarantee no unwanted human firework displays. Of course, what I should have done was read the manual first!)

With the limited time I had, my boy and I just ran a few errands locally and entertained a few friends with our new toy. The farm shop was most excited to see us. The owner has been a Prius driver since they launched and is a professor in all things conservational – he keeps Snow Leopards amongst other endangered feline friends. We were both very impressed that we could fit a bale of hay, woodchip and chicken food easily into the back of our weekend spaceship. I was really excited to find you could slide the back seats right forward to allow more boot space. The Hyundai IONIQ5 was full of helpful little design features like this but was it too helpful?

By Monday I found I was getting a headache from trying to digest all the information in front and around me. I realised there were no less than five displays relating to speed. One magically, and perhaps most distracting of all, projected on the windscreen in my sightline.

At first, I found that helpful but in addition to the multiple screens and images, 3D, real-time and mirrors bombarding my simple brain whenever I was about to perform any manoeuvre, I was overwhelmed and began to panic as to what dimension and quantum field I was actually in.

I began to suspect that Hyundai had employed a teenage gamer to design the ‘flight deck/mission control and I was very aware I would never make an astronaut! Of course, again, I should have read the manual as you can switch off the aids that really don’t help you. But I question, in the interest of saving the planet, why does the Hyundai IONIQ5 need all this gadgetry? I certainly wouldn’t want to be sharing the car with anyone else who has different preferences. It would be like preparing the flight deck of a Jumbo Jet before you can exit your driveway on the school run.

I liked this car very much and my teenage son loved it. I think that says a lot. I’m sure it’s a car for the future, but I’m not sure I’m ready to go there yet. I do hope innovative companies like Hyundai keep developing transport that’s better for us and our planet but I think they should take on some Buddhist like ‘less is more’ influence. 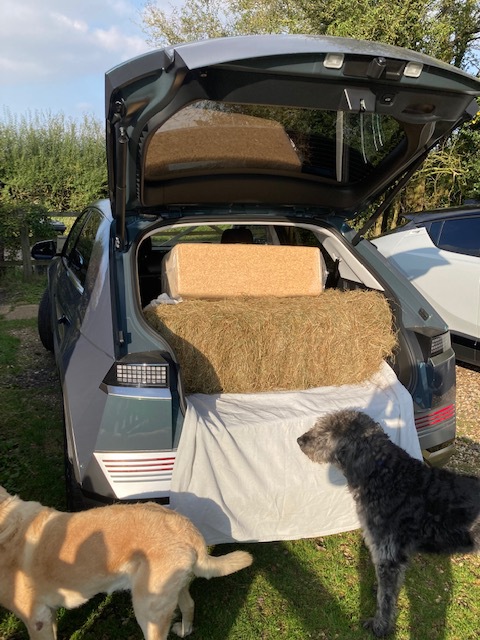 After all, we could all do with less screen time and the only one that is really important in a car is the one we look through to see where we are going. Then we only really need the cleanest power to get there, so we can all have a brighter future. 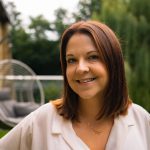 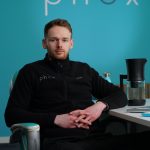 Take a Book, Share a Book – The Little Free Library by the Ocean