Following the horrendous murder of Sarah Everard by a servicing police officer, and Met police officers earlier this year taking photos at the crime scene where Nicole Smallman and Bibaa Henry were murdered and sharing them on WhatsApp, the issue of women trusting the police is at the forefront of campaigners minds more than ever before. We know that fewer than 1 in 5 women experiencing domestic abuse report to the police (ONS, 2018) and for us ever to have justice and seriously start to reduce the prevalence of violence against women, we need to have faith in the police and justice system. Women will not come forward if they don’t trust the police or the outcome if they do reach out for help.

But we know that justice doesn’t always happen for survivors of domestic abuse. At Women’s Aid, we know from survivors reaching out to us through our Live Chat and No Woman Turned Away services that abusers are some of the most manipulative characters you will ever meet.

We have been told by survivors that they are too scared to call the police, because when they come and see a distressed woman and a calm, rational man they believe him when he lies to them. The woman is scared he will say she is unstable, a bad mother, and that she is violent too if she has had to use self-defence while being physically attacked.

At Women’s Aid, we hear from women who have been arrested after the perpetrator has lied to the police or misrepresented what has happened. We worked with a woman who had reported her partner to the police after sustained abuse, and the perpetrator went on to make counter-allegations against her, claiming she physically and sexually assaulted him. The woman was then arrested and interviewed without a solicitor, leading to her release with bail conditions as the perpetrator.

The survivor stated that these allegations were false and that she was terrified of her partner and intended to seek legal advice. The perpetrator in question had a very long history of domestic and sexual violence, including forced prostitution. The local domestic abuse support services and housing services were extremely concerned that the police had been completely manipulated by the perpetrator.

Dr Emma Williamson, Reader in Gender-Based Violence at the University of Bristol, told us:

“We know from research, particularly around Johnson’s typologies of violence and abuse, that for many people, single acts of violence can be in self-defence or in the context of defending oneself from on-going coercive control. That is why the introduction of legislation on coercive control, which recognises the devastating impact of on-going and persistent patterns of abusive and manipulative behaviour, is so important.”

An understanding of domestic abuse for all police is key to us being able to address this, especially an understanding of coercive control, which became illegal in 2015. Coercive control is defined as an act or a pattern of acts of assault, threats, humiliation and intimidation or other abuse that is used to harm, punish, or frighten their victim.

At Women’s Aid, we campaigned and succeeded in making coercive control a criminal offence. This has marked a huge step forward in tackling domestic abuse. But now we want to make sure that everyone understands what it is.

The Centre for Women’s Justice released a report called ‘Women Who Kill’, looking at cases where women killed a male partner. The report refers to many women being arrested when they are, in fact, the primary victim and identifies this as a significant issue. They said:

“The Centre for Women’s Justice (CWJ) receives many inquiries from women who are arrested by the police, and sometimes prosecuted when they are the primary victim of domestic violence. CWJ is in the process of collating evidence of such cases in order to improve criminal justice responses to domestic violence going forward.”

It is essential that the police invest in ongoing domestic abuse training, co-delivered by specialists like Women’s Aid, to ensure all staff, from call handlers through to frontline officers, can identify coercive control and support survivors every step of the way.

Although body-worn cameras have helped officers gather the evidence needed to make an arrest and secure a prosecution, we know that this tool is not being used consistently to gather information. We want to see the police and the CPS working closely together to make sure that the necessary evidence is gathered when they respond to a 999 call, which does not rely solely on testimonies.

What the police needs to do

When the police have been called, their first priority should be the safety and well-being of you and your children, and to protect everyone present from injury or further harm. Their role is to investigate – not to mediate, counsel or allocate blame by asking inappropriate questions.

From the police, we need to see a zero-tolerance approach to sexist and misogynistic behaviour and attitudes coupled with mandatory training for all police staff, which includes refresher training. Officers who have displayed concerning behaviour previously need to be identified and dealt with seriously.

The police are an essential service for survivors of domestic abuse who are in an emergency situation, and women need a consistent appropriate response to be confident when calling for help – because if the police response isn’t trusted, then women simply will not call for help. We need violence against women to be prioritised by all forces for justice and recovery to become a reality for survivors of domestic abuse.

T J Gristwood: All We Need is Love 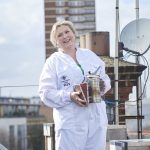